I Badrinarayan s/o Shri Joraram Ji, after suffering from fever for for a long time showed to Dr. C P Joshi on Sep 13, 2001 who carried out blood test and confirmed HIV +ve. Doctors started the treatment, but there was no relief, day by day my health was detoriating. Illness had taken its worst form, whole body had swollen and lumps had formed. Then my brother in law showed me to Dr. M K Singhvi who got the blood test done from Mumbai. Doctor said affliction had taken its worst form so I had only few days to live and allowed me to go home.

He then put the photograph of Gurudev Siyag just above my bed and asked me to meditate at Ajna Chakra, at the centre of forehead. I started meditating and yogic movements started.

On July 7, 2003 I once again carried out test with the same laboratory that I had gone for test previously and showed report to the doctor. My CD4 count had decreased to 121/GL and CD8 count had increased to 79.7 and ratio of CD4/CD8 had fallen to 0.11 during my illness.

Now after regular meditation my CD4 increased to 277/GL, whereas CD8 decreased to 58.2/GL and CD4/CD8 ratio also increased to 0.33. According to Science, this was impossible. Doctors concluded; This was possible only through Gurudev’s grace.

Thus, I urge all the patients suffering from any affliction to meditate on Gurudev Siyag and chant Sanjeevani Mantra as all afflictions are curable by practicing Siddha Yoga. 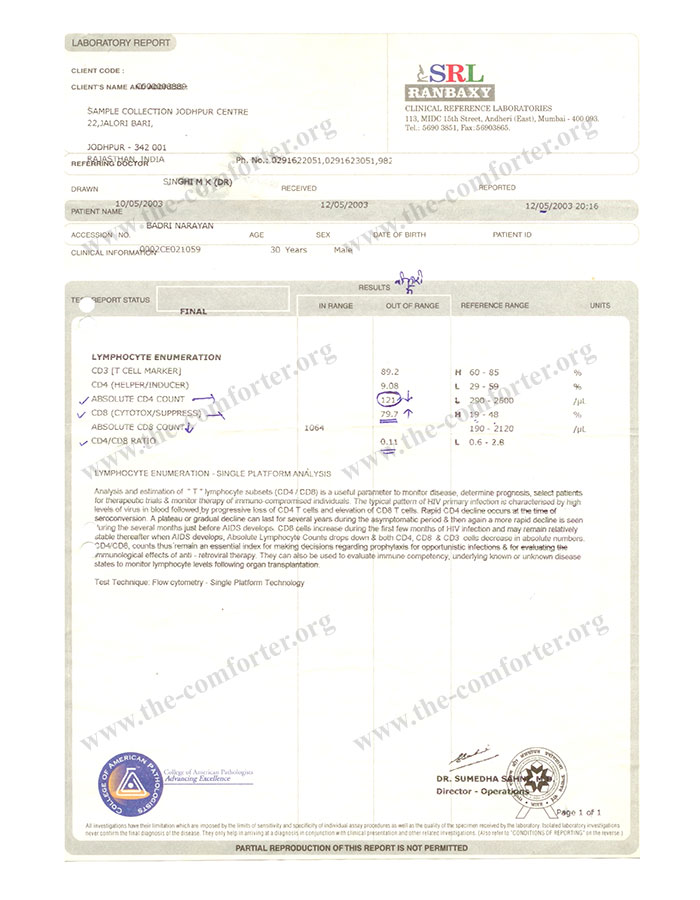 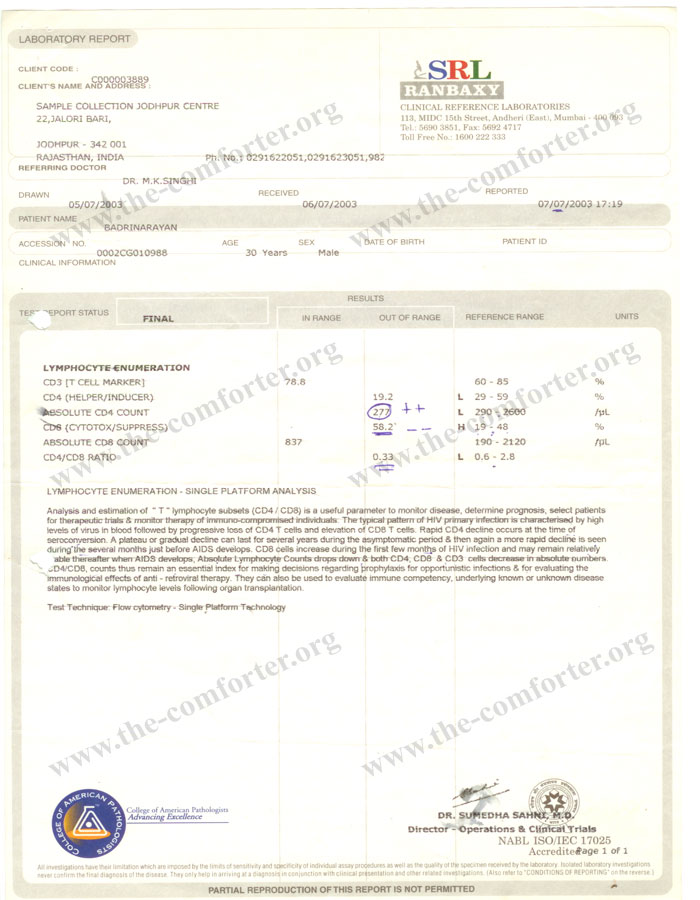